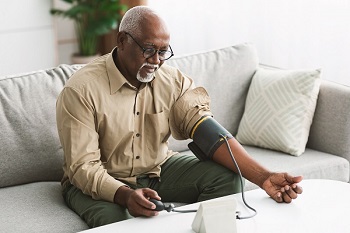 Why do older adults experience memory and thinking problems? For years, the assumption was that most dementia was caused by Alzheimer’s disease. But more recent research using advanced brain imaging and large collections of data has shown that it’s not that simple.

A study of 1,100 older adults released by the U.S. Department of Veterans Affairs found that in many patients, the symptoms of dementia most likely stem from a combination of different brain ailments—often including Alzheimer’s disease, but also including Lewy body dementia, hippocampal sclerosis, microinfarcts (small strokes) and low brain weight. And the more of these conditions a person has, the more severe memory and thinking problems they are likely to experience. Study author Dr. Lon R. White noted, “It was combinations of ailments—rather than any single condition—that correlated most strongly with cognitive impairment. Such combinations had a dramatic impact on dementia risk.”

Dr. White said that while preventing these various brain conditions would lower a person’s risk of dementia in later life, “there is not currently an abundance of clinical or lifestyle strategies shown to do that.” But he noted that high blood pressure (hypertension) raises the risk of all of them, making its prevention and management an important goal.

Protecting against dementia isn’t the only incentive to keep our blood pressure under control. Hypertension raises the risk of stroke, heart attack, eye problems and kidney disease, and contributes to more than 500,000 deaths each year in the U.S. Yet although one-third of American adults have high blood pressure—and that percentage is higher among older adults—many are totally unaware that they have the condition. Hypertension is often called “the silent killer,” because patients might not discover that anything is amiss until damage is done.

The Centers for Disease Control and Prevention (CDC) provides answers to common questions people have about controlling their blood pressure:

Q: What is high blood pressure?

A: Blood pressure is the force of blood pushing against the walls of arteries. This pressure naturally rises and falls during the day, but when it is consistently too high, it is considered high blood pressure. Like the pipes in your house, your arteries can fail if they are under too much pressure.

Q: When my health care provider takes my blood pressure, what do the numbers mean?

Q: If my blood pressure is too high, what can I do?

A: The big two are to quit smoking and to reduce sodium in your diet. The CDC also recommends that people manage their stress, maintain a healthy weight, add more physical activity to their days, get enough sleep, and eat a healthy diet that is high in fruits and vegetables, and low in not only sodium but also in saturated fats, trans fats and cholesterol. Limit alcohol to two drinks per day for men and one for women.

The information in this article is not intended to replace the advice of your health care provider.

Source: IlluminAge AgeWise with information from the Centers for Disease Control and Prevention and the U.S. Department of Veterans Affairs.